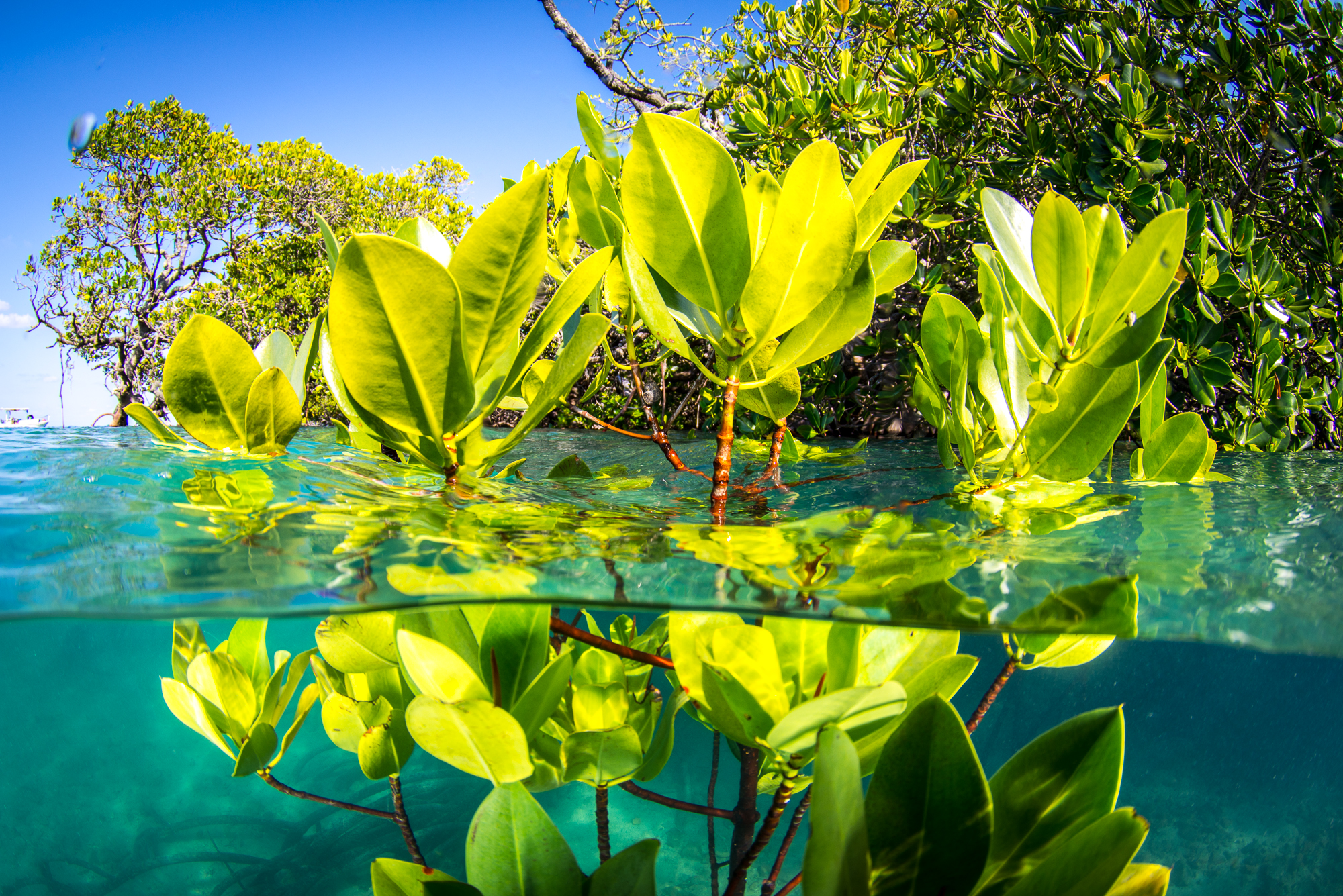 Mangroves are trees evolved to tolerate saltwater exposure environments along equatorial and tropical coastlines. They are easily recognizable by their tangled roots that prop them above the waterline.

Most people equate mangrove forests with marine environments; however, mangroves exist between the boundary of land and sea and are relevant to both. There are around 54 species of mangrove trees and shrubs, from 19 genera, with some debate over which are considered "true" mangroves. A further 50 to 60 other plant species may also be encountered at the landward side of mangrove swamps, where they are protected from saltwater influx. Diversity at different locations is also highly variable - across the Caribbean for example, only 3 mangrove species are found, plus the saltwater tolerant Buttonwood tree. In South-East Asia, large expanses of mangrove may consist of 30 or more species.

The Fair Carbon Mangrove Tree Distribution map shows which mangrove tree species are found where, and the species richness of different countries.

The complex root system slows the ebb and flow of tidal waters, trapping sediment that slowly builds up over time. The accretion of sediment creates an anaerobic environment that sequesters carbon for hundreds of years. Carbon is also stored within the living biomass and roots of the trees.

What ecosystem services do mangroves provide?

Mangroves provide critical habitat for hundreds of species both within the water and on land. Data on the full diversity of terrestrial fauna associated with mangroves is still patchy, as they tend to be studied by marine scientists more than terrestrial ecologists. Mangroves also provide key resting, foraging and sometimes nesting habitat for migratory and local bird species, safe from human disturbance in many areas due to how difficult it is to move around mangrove swamps on foot.

Productive offshore fisheries rely on healthy coastal mangroves to provide habitat for the early life stages of many fish. Large scale destruction of mangroves can directly impact recruitment of valuable species into commercial and subsistence fisheries. Endangered and charismatic fish including some sharks, rays, and sawfish also use mangroves as nurseries for their pups, or forage along the fringes. Recognizing how the forests provide habitat for animals at different cycles of animal’s lives is essential to strengthen the need for maintaining long-term mangrove protection.

Fair Carbon has developed a Mangrove Biodiversity tool which predicts which terrestrial species may be found in different areas. This information is important both for conservation organisations aiming to protect mangroves, and for developers of blue carbon projects to understand how their activities may potentially impact endangered species.

The sturdy root systems provide services for coastal human communities too. During storms and floods, the roots and trees act as natural barriers against storm surges, decreasing wave energy and protecting settlements from severe damage. The stabilization of soil by the roots of the trees inhibits additional sediment loss. Without mangrove forests along coastlines, coastal erosion is accelerated and often compounded by the steady creep of sea-level rise. Mangroves are also a source of food, building materials, firewood, medicines, teas, and dyes, or may have significant cultural value.

Despite the plethora of benefits mangrove forests provide to coastal communities and biodiversity, they are under threat around the world. Over half of the world’s mangroves have been destroyed (32 million hectares), and current mangrove loss continues at a 1% decline each year. Mangrove restoration is an essential mechanism to combat loss, promote biodiversity, and protect local communities. The global community must act together to slow the decline and implement community-focused restoration. 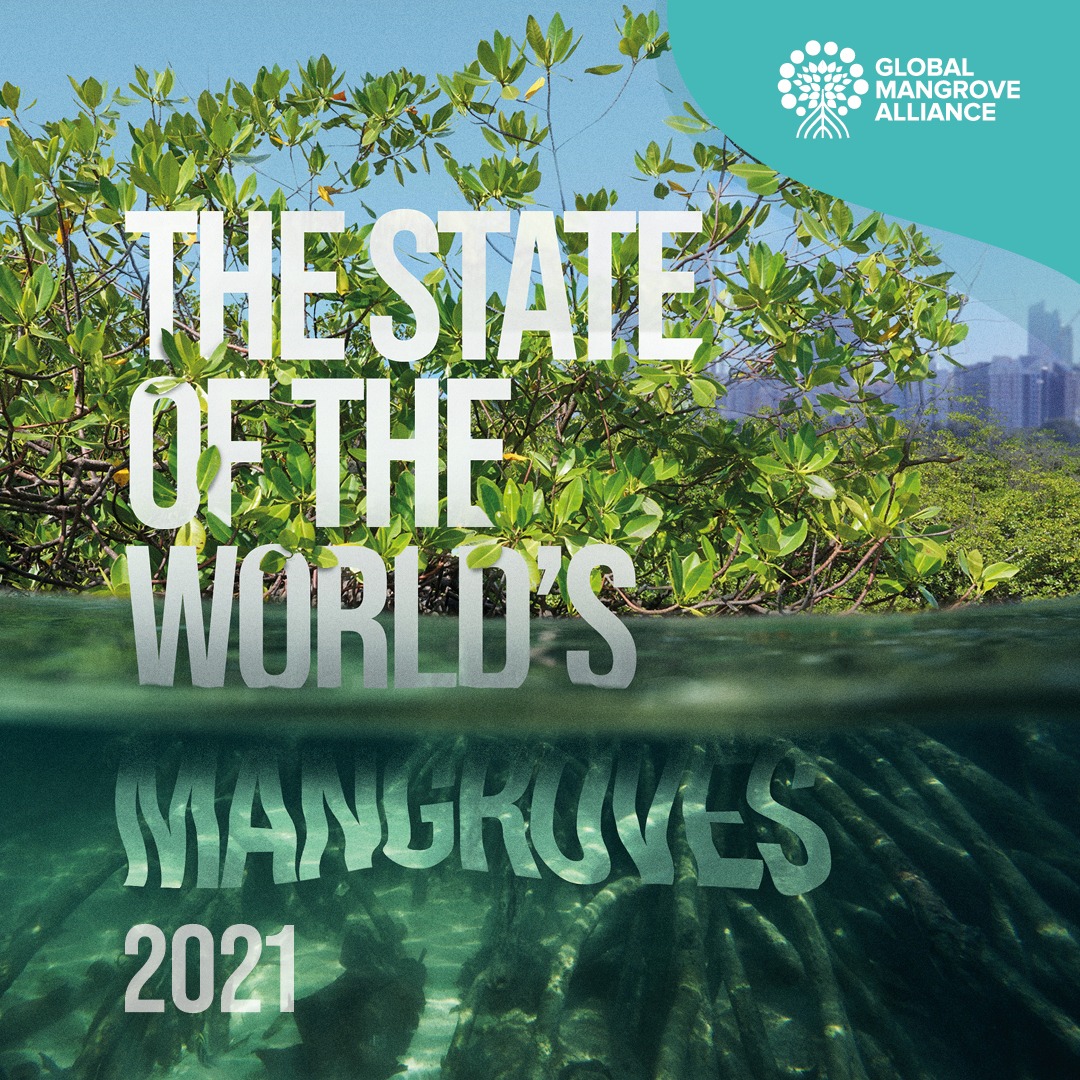 In an effort to provide a common voice and mission to advocate for mangroves, the Fair Carbon project partnered with the Global Mangrove Alliance to co-author the State of the World's Mangroves. Together with over 27 organizations including The Nature Conservancy, IUCN, WWF, and many others, the report provides guidance to NGOs, scientists, and governments on best practices to recover mangrove forests.